The vast majority of owls are solitary and nocturnal. These legendary birds have superior vision and hearing, keen talons, and feathers that are designed for silent flying. They consume primarily small animals, insects, and birds, while some also hunt fish. When protecting their territory or seeking a mate, owls may emit a rolling “hoo, huh-hoo, hoo” sound. If you have heard the cry later, the mating season may have begun. This is the most crucial portion of the annual cycle, as this is when genes are transmitted to the following generation. When it’s time to reproduce, these solitary predators assemble. 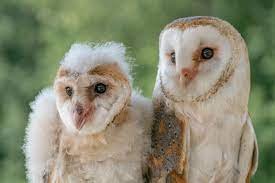 The majority of the time, owls do form lifelong bonds with their mates. Generally, owls are monogamous, meaning that a male and female owl that choose to mate would not procreate with another partner. This monogamous connection is typically lifelong. Some owls are known to change their mate each breeding season, however monogamous long-term relationships are generally more successful (about 90 percent of bird species agree). Sadly for many who, like me, were enamored with the concept of lifelong mating, I was disheartened to discover that it is motivated more by practical considerations than romanticism. The following are the reasons:

Different types of owls that mate for life 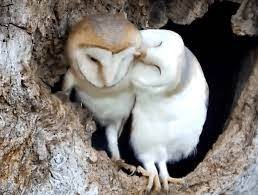 Barn Owls are likely the most amorous of all owl species due to their methods for attracting a mate and their lifelong devotion to a single partner. They are known to be affectionate throughout the year, not only during the breeding season. Barn Owls are frequently observed preening on their spouse, leaning against one another, and touching their cheeks.

Barn Owls will hunt for their selected spouse and use their remarkable hunting skills to charm them. Tragically, if their mate were to pass away, they have been known to starve to death and die of a broken heart. The female will incubate the eggs while the male brings back food as a result of their lifelong ties. Once hatched, they will repeat this process, with the father allowing the mother to divide food equally among the hatchlings. 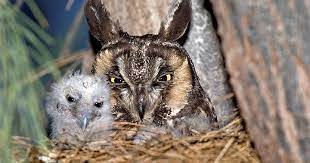 The courtship ritual of Eastern Screech Owls is quite complex, beginning with the male calling to the female and progressing to the point where they can bob their head and body to indicate their desire. If the female responds positively, the male will continue to approach her while preparing to preen and touch her bill. Typically, once a mate has been chosen, it is for life. Eastern Screech Owls will accept new partners if their previous mate dies or disappears, and it has been seen (albeit rarely) that males may mate with two distinct females, with the second female taking over the first female’s nest and laying her own eggs alongside the first female’s. 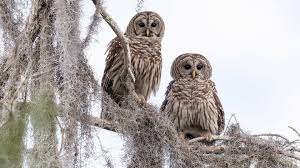 It has been assumed that Barred Owls mate for life because they are known to occupy the same places for many years, indicating that they remain with the same mate and protect their territory together. They tend to nest quite early, and the pair will remain in the nest until the babies hatch. Once the young have been born, the male will perch nearby until they have fledged. If it is true that Barred Owls mate for life, they would be together for an average of 15 to 20 years. 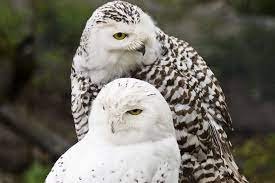 The snowy owl inhabits tundra and wide meadows and fields in the Arctic. It begins courtship rituals in midwinter and continues through March and April, with reproduction occurring in May. It almost always nests on the ground, with the female’s talons creating a shallow hollow in the tundra. Occasionally, a pair may nest in the same location for years. Depending on the year’s food supplies, they normally lay between 3 and 11 eggs. Breeding season is strongly reliant on the availability of prey such as lemmings, and snowy owls may not nest at all in lemming-scarce years.

How Do Owls Mate?

Just as their lifetime and sexual development vary, so do their breeding seasons and patterns. In this section, we shall examine the mating and nesting habits of the five previously listed owl species.

When does Owl mating season occur? 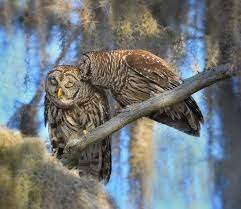 The mating season of owls occurs once each year, often in the spring. The majority of species marry in the spring, especially those in temperate or subarctic climes. Nonetheless, some owls mate during the winter. The timing of mating depends on the species and the climate to which it has adapted.

When wooing females, male owls engage in show flights frequently. During territorial flights, they will shriek and hunt for prey to offer the female. Male owls perform “moth flights” when they hover in front of the female with their feet dangling. In the weeks leading up to mating, females may also make display flights. The mating process involves hoots and other vocalizations, and these behaviors differ by species. Feeding by the male during courtship is usual, and mutual preening happens occasionally.