Although robins are common backyard birds, they rarely feed at bird feeders. To that end, what do robins eat, and how can birdwatchers attract robins with enticing and healthy treats?

Because of its widespread familiarity and popularity in the British Isles, the European robin has earned the unofficial title of “national bird of the United Kingdom.” These birds are frequently depicted in Christmas-themed media, such as greeting cards and ornaments.

Insects and other invertebrates make up the bulk of the European robin’s diet. They are adaptable eaters, though, and will eat a wide variety of plant foods, not just the typical small seeds and berries. The robin’s insect-rich diet is supplemented with berries and grains in the fall and winter.

What sort of food do robins prefer? 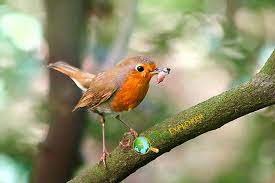 Robbins eat a wide variety of foods, but if you want to attract them to your garden, try offering these items:

Purchasing a bird feed mix is a simple way to provide these nutrients to your feathered friends. Make sure it is safe for robins by reading the label to determine what ingredients it contains.

The European robin spends the spring and summer eating its weight in ants, worms, and beetles. Because of their soft beaks, robins can only eat the smaller, softer seeds found in most commercial bird seed mixes. In its place, they should purchase a softball, songbird, or thrush seed mix, which can be found at any local garden center or other store selling bird food.

A Guide to Feeding Robins 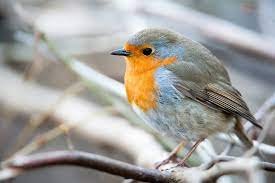 To attract robins, which are ground feeders, it is best to invest in a bird table located out of reach of cats, preferably one with a roof and multiple perches. Prepare a feast for the robins by putting out food such as fruit, seeds, suet, and live or dried mealworms (if using dried, soak them in water first).

If you want to attract robins, try offering them fat balls or bars. Make suet or lard balls or bars by melting the fat and adding fruit, nuts, and seeds before letting them harden in your feeder.

Keep in mind that robins, like all birds, require clean water to survive.

What do Robins eat in Summer? 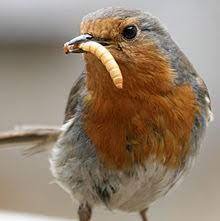 In the summer, robins feed on a variety of insects and other invertebrates, including:

What do Robins eat in Winter? 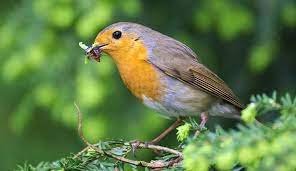 During the colder months, robins eat more of the following:

What to Feed Robins in the Yard? 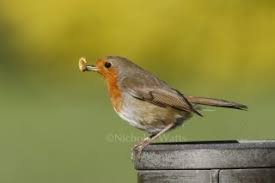 Providing natural food sources is the best way to attract American robins with tasty treats, as they don’t eat many foods that are common in feeders. There are a number of things you can do to your yard to attract birds besides the basics, such as:

Don’t forget that birds require fresh water for drinking and bathing every day. And keep in mind that no matter what kind of birds you’re feeding, you should never, ever, ever put out milk because it can cause severe illness.

The best policy is to never feed birds bread that you’ve left out for them. While it will keep them from going hungry, it won’t give them the vitamins, minerals, and energy they need to get through the day. This is a major problem during the colder months when birds require more food of higher quality to maintain their body temperature.

A Note About the European Robin 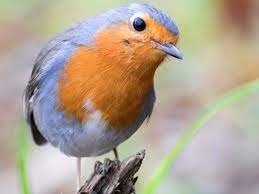 Knowing what kinds of foods robins eat can help bird watchers provide a more welcoming environment for robins year-round. Robins bring cheer to any garden with their melodious songs and nocturnal foraging.

Also, robins will happily use a bird feeder. Birds aren’t picky eaters in general, but they might pass up feeders if they’re too difficult to reach. In general, robins aren’t afraid of people, which is why they’ll confidently follow gardeners and perch close by.