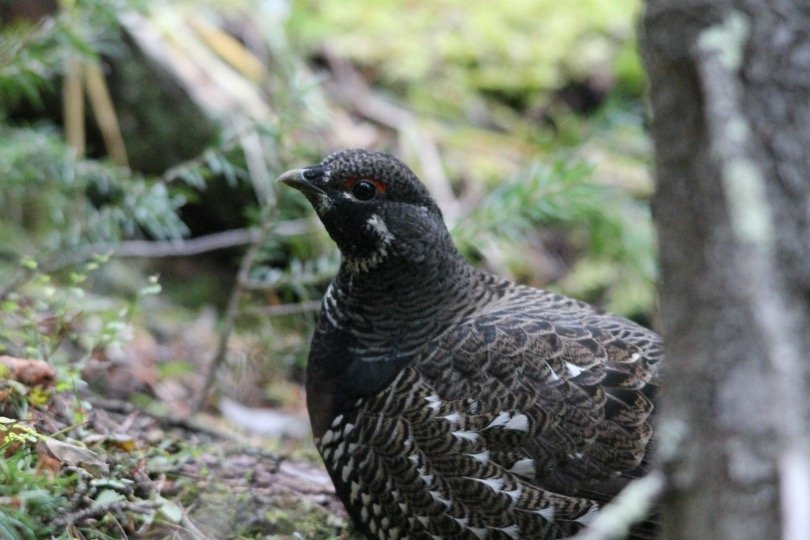 What is the State Bird of Alaska?

With so many popular things in this state, this state has unique birds and animals. Moose is a state animal of Alaska. But have you ever wondered what a state bird of Alaska is?

Well, Alaska is one of those states which has huge national parks that are bigger than other countries. Alaska is famous for its beauty of glaciers and icebergs but not only these but it is also known for its huge wildlife, especially the birds.

Origin of their name

Willow ptarmigan has a Greek name ‘Lagopus’ and their Greek meaning is ‘hare footed’.

These birds belong to Animalia Kingdom and their phylum is chordata. They belong to the Aves class (known as birds).

The state bird of Alaska, the willow ptarmigan stands a height of 14-17 inches and has a wingspan of 26 inches. Their weight is more than a songbird which ranges from 3 to 6 ounces. They have light brown color plumage which changes color on summer days. Their plumage changes from light brown to snow-white in the winter months.

The male willow ptarmigan has a reddish-brown color and its stomach and wings have white color. The female ones have a darker color appearance than the male ones.

These birds shed their feathers generally in spring and autumn times. By their appearance, they look like chickens. They have a short tail and they have feathers on their legs as well as their toes.

The willow Ptarmigan eats moss, willow buds, lichens, and twigs during winter times. They also consume berries and seeds. They eat small insects, vegetables and fruits matter, etc during the summer months. They feed on smaller insects like beetles and caterpillars.

Why is the willow Ptarmigan known as the state bird of Alaska?

This bird has a very unique feature of using its camouflage smartly for protection from predators. This is why William ptarmigan is a state bird of Alaska.

This bird doesn’t have a longer life range and they struggle to live their life in the wilderness of Alaska. They live their lives avoiding death most of the time. As there are many predators from whom these birds have to save themselves.

You might also be interested to know Can Hamsters and Guinea Pigs Live Together? All You Need To Know

They have a very low-pitched voice and at the time of vocalization, they use guttural infection. When these birds mate or date, the male birds produce a sound that is like a barking noise and clattering tone. These birds laugh like a chuckling sound which is almost the same as a human’s chuckle.

The willow ptarmigans survived by adapting nature to their surroundings. They are commonly found in vegetation habitats. Their population ranges from 40,000,000 in number. These state birds of Alaska will not be at risk of extinction.

Do these birds migrate?

Yes, these birds migrate to the arctic areas of Canada and Alaska. They generally migrate to places with denser vegetation and over the valleys.

These migratory birds leave south for winter but they never go out of their territory range that is the state they reside in. During winter times they remain to hide in the snow and blend in the snowy scenery. This can also protect this migratory bird from predators.

Do these birds make committees?

This migratory bird forms a group or committee which is known as a flock of birds. They form the committee after the end of the breeding season. These birds follow the system of monogamy and polygyny practices in their breeding and dating matter.