California, a western state in the US, is the third-largest state in terms of land and has the biggest population. It contains a wide variety of ecosystems, which draw a wide range of wildlife everywhere. In 1931, the California Quail (Callipepla Californicus or Lophortyx California) was designated as the official bird of California. This hefty game bird, sometimes known as the California Valley Quail, has gray feathers with white streaks on its stomach. 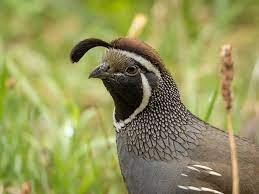 The curving black plume on top of this strong bird’s head immediately distinguishes it from a pigeon, despite the fact that it develops to a size somewhat smaller than a pigeon. This bird hunts for food, mostly seeds, although it also consumes insects during the breeding season. This lovely species was found during the LA PEROUSE’s voyage and was depicted in the atlas that accompanied the account of that unfortunate expedition.

However, no other information about this species’ habits or distribution was provided, aside from the fact that it was found in large flocks in California’s plains and thickets, where it was abundant. 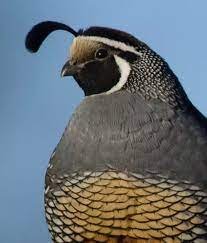 Also, know What is the State Bird of Arizona?

What appearance does the California state bird have?

This large quail, which is a member of a family with 43 species, combines gray, brown, tan, and white feathers for a distinctive look. From the top of their heads, the birds have a comma-shaped plume that drapes forward. Males of this species have slate-gray chests and white stripes on their cheeks. The head to tail length of a California quail is roughly 10 inches. It has a 14-inch wingspan. The weight of these tiny birds ranges from 5 to 7 ounces.

What is the behavior of these birds? 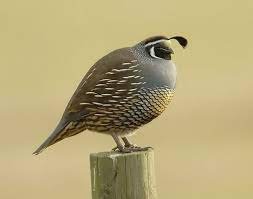 The quail is a well-to-do bird. It moves in groups of around 12 called flocks or coveys. The birds form partnerships as the breeding season, which starts in May, draws near. They create a breeding zone together that they guard against other quails. The California quails are monogamous. The quail pair begins mating after constructing a nest on the ground. In May, the females normally lay 14 eggs. For around three weeks, the mother carries them in her womb.

The male provides food for the female and guards the nest where the eggs are laid. He brings them food to share. Following their mother to a food source after being born, the chicks eat while she guards them against predators. By scratching to create an impression, they create their nests on the ground. The bird conceals its residence with vegetation, usually grasses or thorny plants. Although quail sit on rooftops, fences, and rocks, these locations serve as their observation posts. At these altitudes, houses are not constructed.

Do communities of California quails exist? 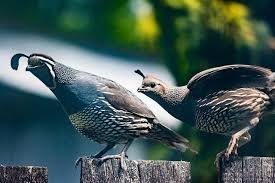 Flying in flocks, California quails eventually separate to form nuclear families. They should be kept out of other quails’ and birds’ “yards,” which is where they breed. They come back together to create nurseries after the birth of their offspring. The fact that the entire community’s adults are keeping an eye out for predators aids the newborns’ survival. Quail may coexist with various bird species in the same region while defending it from other quail. It is common to see a California quail incubating both her own eggs and the eggs of other birds. Up to 28 eggs can fit beneath the eggs that these California quails lay in a built-in nest, although only around half of them are derived from them genetically.

What food do California quails consume? 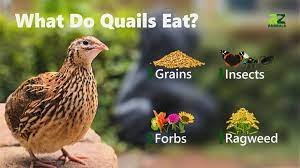 The majority of the California quail’s food source is seeds. They adore eating clover, pea, geranium, and lupine. They enjoy fruits, grains, and berries as well. Additionally, the quail eat flowers and foliage. They eat invertebrates and small insects including beetles, caterpillars, crickets, and snails because they need protein for reproduction.

Baby California quails are born without many of the digestive tract microorganisms that are necessary for their survival. By consuming the adult bird’s feces, they get them from their parents. They only eat the feces while the organisms are still developing.

A California quail can be kept as a pet, although it isn’t advisable to capture a wild one. Pick a California quail from a breeder instead. There won’t be as much information available about keeping one as a pet as they have only been partially domesticated. To try to make a pet out of a wild quail, you shouldn’t capture it. These birds transport diseases and pests, much like other wild birds do. 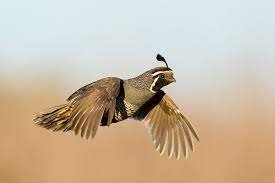 Before adopting from a breeder, inspect their facility to make sure the birds are healthy and have clean enclosures, fresh food, and water. This game bird has no adverse effects on people. But this bird is hunted by people. They breed them as well. There is no danger to the quail. It is really listed as being of “Least Concern” by the state, indicating that there is no danger to it and that it leads a secure life.

By placing a bird feeder in your yard and filling it with birdseed, you can entice these birds. It is preferable to feed them and draw them to your yard as opposed to attempting to domesticate them. This allows the birds to come and go as they want while still providing them with a convenient source of food. Additionally, you ought to offer pure, fresh water. This enables the birds to endure the state’s regular droughts.

The California quails are beautiful and highly sociable birds. Thus, they need to be conserved and protected as an invaluable part of nature.