You can’t help but grin whenever you see a duck. It’s difficult not to offer them, sweets, because of their amusing waddling stride and a perpetual smile on their beaks. 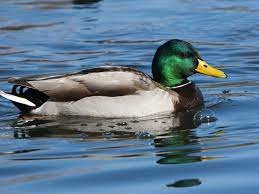 Mergansers, for instance, will dive below the surface in search of food such as small crustaceans and plants. They can hover over an area and stay submerged for several minutes at a time while feeding. Dabblers are ducks who sit on the water and play in the reeds and pond margins. They often lift their bottoms into the air to reach the shallow water’s bottom, where they feed plant roots and small mud-dwelling invertebrates. They’ll also travel onto land searching for delectable delights like berries or grains.

Ducks are omnivores, which means they’ll eat practically anything:

They will sift through the mud and muck with their beaks as shovels to find food. Snails and crustaceans will stay in the mouth when the water runs through the bristles.

Also, know Where do owls live? 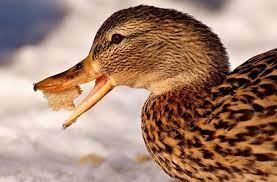 Ducks don’t have teeth, and therefore they use a row of bristles around their bill to sift through food. Their diet will vary according to what is available and in season. They will forage at all hours of the day and night to ensure that they have enough food. Since the winter can be hard for wild ducks, most will migrate to locations where the water does not freeze to survive. During the winter, though, most dabbling ducks will stick out. Since they have a lot of fat and feathers, they are well-equipped to survive the harsh cold.

They will stay in locations with unfrozen streams and ponds and areas where they can hunt for food on land. They will fly to a different place if the water source freezes over. They may go for an extended period without eating, but they will eat a lot throughout the summer to prepare for the winter. During the winter, ducks burn off their fat reserves and conserve energy by eating everything they can find. Unfortunately, many diving ducks die during harsh winters because the winter is too long and food is sparse.

Pet Ducks: What Do They Eat? 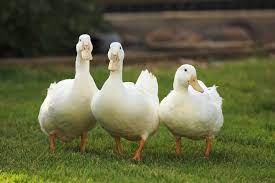 Domestic ducks have a considerably more sophisticated diet than wild ducks. The majority have become accustomed to duck or chicken feed as their primary source of nutrition. If allowed, they will augment their food by foraging for grass, slugs, beetles, and edible plant foliage.

You can give them any wild duck delicacies described above (fruits, vegetables, grains, and berries), but avoid junk food like bread and spaghetti. Surprisingly, some domestic ducks make a living by eating slugs and bugs. Several wineries use runner ducks to consume all the bugs they can find in the vineyards. These ducks are well taken care of, with certain quarters and feed at the end of the day.

When Do Ducks Eat And How Often Do They Eat? 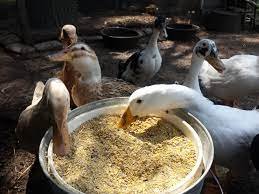 During the day, ducks consume the most food and spend most of their day scavenging for food to bulk up for the winter. Wild ducks can be spotted foraging late into the night on lakes and water edges, and divers can seek little fish and crustaceans. Interestingly, wild ducks would graze at night during hunting season, presumably as a survival strategy.

Domestic ducks are mainly stored at night for their safety, but you’ll probably see them looking for their favourite delicacies if you let them out. If you have domestic ducks, they will usually follow your routine and eat when you feed them. Also, it will allow them to pick up goodies throughout the day. 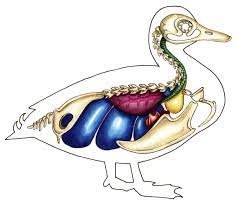 The digestive system of a duck is quite similar to chicken, although there are a few crucial distinctions. First and foremost, unlike chickens, ducks do not have a genuine crop. The chicken crop is similar to an expanding sack that holds food until it enters the proventriculus. Ducks don’t have this sack, but they have an oesophagus that can extend to hold a lot of food—a Mallard’s oesophagus can hold up to 14 pounds of grain!

The gizzard is the second notable distinction (ventriculus). Like a chicken, a duck’s gizzard holds small stones and grit to grind up food, although it can expand and contract in size depending on its current diet. Acorns and some crustaceans, for example, require higher grinding force so that the oesophagus can grow in size and strength.

Smaller foods, such as berries, grass, and slugs, require less energy, allowing the gizzard to reduce in size. It’s vital to note that to enlarge or decrease the size of their gizzard, they must have a constant diet. The gizzard of a duck that has been grazing on grass, for example, will be smaller.

What Can You Feed Wild Ducks As A Snack? 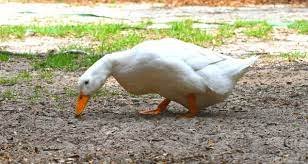 You can feed wild ducks a variety of treats because they are omnivores. They enjoy lettuce as a snack, but it must be fresh! Grains and cracked corn and frozen peas, oats, rice, and whole corn are beneficial. They benefit from greens, including kale, collards, and broccoli. To keep the leaves fresh, shred them into little fragments that they can easily handle and toss them in the water. Berries, bananas, watermelon, peaches, apples, and pears are among popular fruits (make sure to remove the pits). To allow ducks to ingest them, all of this food should be in small bite-sized pieces.

How are ducks beneficial creatures to have on your farm?