The snowy owl, also known as the Arctic owl (Bubo scandiacus), is a stunning and fascinating bird. These owls can tolerate relatively harsh winter circumstances, unlike many other species. No other owl has breeding and wintering ranges as far north as this one.

In the Arctic tundra environments near the North Pole, snowy owls breed and survive. The owls can also be seen in Canada and the northern United States throughout the winter. Other places where snowy owls can potentially spend the winter include central Russia, Scandinavia, and the British Isles.

Where are snowy owls found? 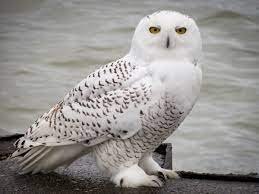 The snowy owl’s range is distinct and does not provide the typical person with many possibilities for viewing. However, it is not impossible to observe this gorgeous bird. Continue reading to learn more about the snowy owl’s environment and possible locations to spot one in the wild!

Among the circumpolar species is the snowy owl. The farthest northern areas around the North Pole make up the majority of their distribution range. During the breeding season, they can be found between around 600 to 820 N latitude. The Aleutian Islands, Coastal Alaska, the Canadian Arctic Islands, and northern Canadian Territories like Yukon and Quebec are among these regions in North America. Greenland, the farthest reaches of other Scandinavian nations, and Russia are all included in the nesting ranges of snowy owls in Europe and Asia. On the Shetland Islands of the United Kingdom, they are also thought to have nested previously.

The owls’ wintering range extends south of their usual breeding area. Potential viewing areas for the snowy owl include central Russia and northern Europe. Infrequently, they are also noticed in Iceland and the British Isles.

The snowy owl frequently migrates into southern Canada and the northern United States, especially in the New England states and in the region surrounding the Great Lakes.

What environment does a snowy owl inhabit? 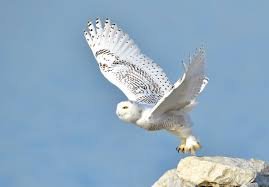 The snowy owl inhabits the Arctic tundra. Snowy owls will reside anywhere in the tundra with an abundance of prey, even close to marshes, lakes, and rivers. The broad, rolling tundra with high places for breeding and perching is preferred by the birds. They frequently build their nests close to a body of water, such as an Arctic sea.

Snowy owls will migrate to tundra-like areas in the winter. These locations can be wide-open coastal regions and dunes, marshes, meadows, and even farmland. On Arctic sea ice, these birds are known to spend the winter.

What is the likelihood of seeing a Snowy Owl? 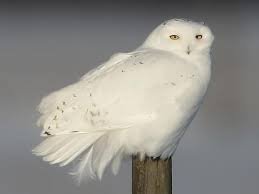 Given that snowy owl spend the majority of their life on the isolated Arctic tundra, seeing one is quite uncommon. One can, however, occasionally be seen in one of their wintering areas, particularly in Canada and the northern United States.

In which US states do Snowy Owls reside?

In the winter, snowy owls are common in the northern United States. In the vast meadows and tundra-like regions of New York and New England, you can find them resting or hunting. Additionally, these owls sporadically travel to the US Midwest and Pacific Northwest.

Snowy owls have been spotted as far south as Oklahoma or Florida, albeit being less common. Such an event most likely only occurs when food sources are limited as a result of an increase in the owl population.

In what regions of Canada do Snowy Owls reside? 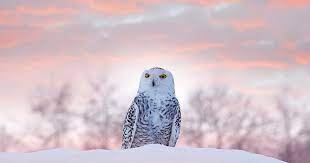 The Arctic regions of northern Canada, where they nest in the high, rolling tundra, are where snowy owls can be seen year-round. These birds can be found all over the Canadian Territories, however, they typically spend the winter on their breeding grounds.

Where can you find snowy owls in the UK?

Snowy owls were once known to breed on the Shetland Isles’ Fetlar Island. Currently, this owl only makes sporadic trips to Shetland, the Outer Hebrides, and the Cairngorms.

Where do Snowy Owls typically live? 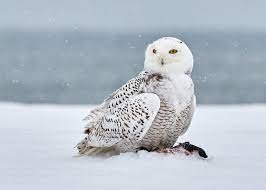 The Arctic tundra regions of North America, Scandinavia, and Russia are where snowy owls are most prevalent. The majority of the birds’ lives are spent in these areas, where they also reproduce. The owls are widespread in southern Canada and the northern United States within their wintering regions.

Where do Snowy Owls spend the colder months?

In addition to the northern United States, where they spend the winter mostly in New England, snowy owls also have wintering ranges in the Midwest and Pacific Northwest. Occasionally, the birds can be observed as far south as Oklahoma, but this occurrence is far less often.

Snowy owls enjoy being close to bodies of water, and they have been observed spending the winter along the Bering Sea, occasionally on pack ice. They also have winter ranges in central Russia, the European mainland, and the Shetlands Islands. The bird is, however, sporadic at best in Europe.

A snowy owl resting on a branch. The snowy owl frequently spends the winter in its northern breeding grounds when food sources are abundant. As long as they have enough food to maintain their energy levels, owls can weather the severe Arctic winters because they were designed for frigid settings.

In which locations do Snowy Owls spend the summer? 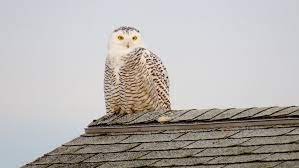 In the summer, snowy owls spend their time in the Arctic tundra near the North Pole. Near open water, like an arctic sea, they frequently build their nests. The Canadian Arctic Islands, the Aleutians, coastal Alaska, Scandinavia, and northern Russia are among their typical breeding regions. Throughout the summer, these owls occasionally move around. These birds focus on places with more food density since they are mostly dependent on high numbers of tiny rodents like lemmings and voles.

Where do Snowy Owls spend the evening?

Snowy owls are nocturnal, just like other owl species, and are therefore most active at night. The owls will stay still and relax for the majority of the day. They will then start their nighttime hunting ritual at dusk.

A snowy owl sighting is an unforgettable experience that one will never forget. Adventuresome birders enjoy the rush of seeing a snowy, and it just takes a quick glance to see why this owl species is so unique.