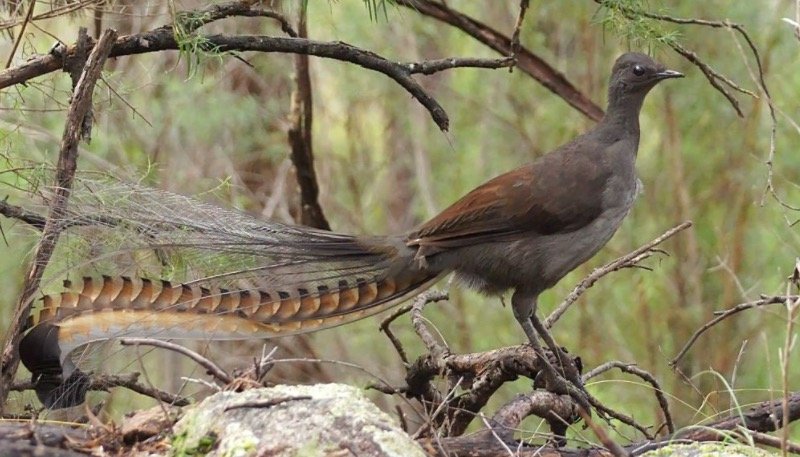 A lyrebird is a carnivorous creature belonging to the Animalia family, phylum Chordata, class Aves, order Passeriformes, and family Menuridae. Its genus is Menura. Its length is up to 74 to 98 inches for superb-lyrebirds and 84 to 90 inches for Albert’s lyrebirds.

A lyrebird is a bird that feeds on invertebrates, small lizards, and frogs. The male bird’s skill at mimicry is its most distinctive characteristic.

Lyrebirds are preyed upon by birds of prey, including currawongs, foxes, cats, and dogs. Physical features include brown and grey skin colorations, and feathers on the skin, with a top speed of 9 mph.

Nature’s Best Mimic, according to the Lyrebird, This species, the biggest of all perching birds or singers, dazzles not only with its exquisite tail feathers, but also with its intricate melodies and outstanding mimicking skills. This Australian bird can simulate everything from a jackhammer to a chainsaw to a sobbing infant with its voice. It’s even capable of playing two songs at once. 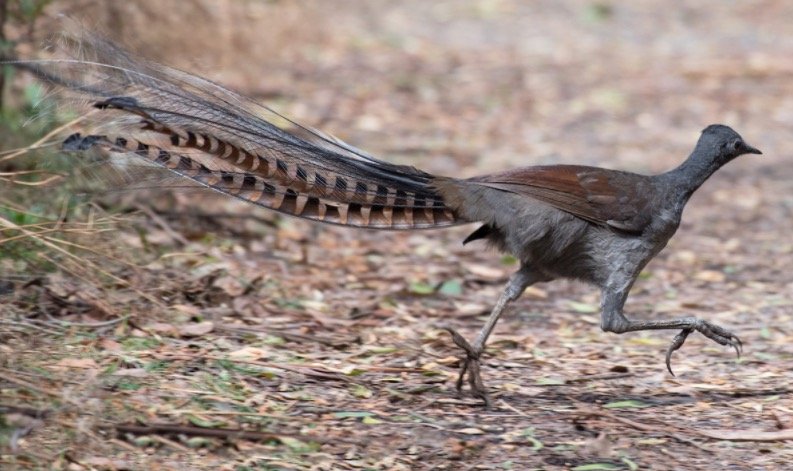 Lyrebirds are timid and secretive, and finding one in its woodland habitat in Australia or Tasmania takes time. They spend the day in the bushes and ascend to the top of the tree canopy at night.

Because their wings are weak and they dislike flying, they would most likely flee from danger and use their wings to assist them in leaping away. The female of the Superb Lyrebird builds an untidy domed nest on a damp soil mound or against a tree or tree stump.

There is a secondary entrance to the nest. The hen lays a single egg inside. The nest of Albert’s lyrebird is built in a fissure between or in rocks, cliffs, caves, or ledges. M. novaehollandiae is classified as least concerning for conservation, but the wildfires that scorched Australia in 2019 and 2020 may lead conservationists to reconsider its position. M. alberti is classified as a near-threatened species.

• Aside from artificial noises, the male attracts a mate with a complicated natural song that incorporates elements from at least 20 different bird species.

• The syrinx of the bird, which is the most sophisticated of any songbird, is partly responsible for the bird’s remarkable mimicry.

• Menura alberti is a smaller species than Menura novaehollandiae, and the male’s tail feathers are less prominent.

• The reverse of Australia’s 10 cent coin has a showing of a male Superb lyrebird. 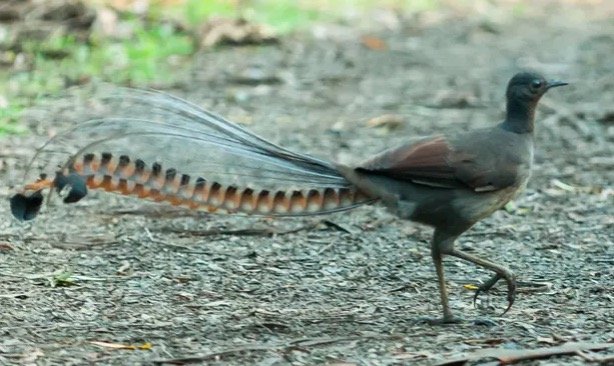 M. Novaehollandiae and M. alberti are the two species of the Menura genus that make up the lyrebird.Menura is a combination of New Latin and the Greek terms mene, which means “moon,” and ura, which means “tail.”

Lyrebirds are simple in most aspects. Their feathers are mostly white, with a few red spots here and there. A male lyrebird may weigh over 2 pounds, making it a huge songbird. It’s also a long bird with a long beak, a long neck, a long body, long, powerful legs, and a long tail.

The male’s tail feathers, on the other hand, make it stand out. The tail of the superb lyrebird may reach 28 inches in length. The 16 feathers are largely silver filaments, with two silver feathers that resemble a veil.

Feathers formed like the frame of a lyre surround these fourteen feathers. Lyrates is the proper name for them. The tail of the Albert’s lyrebird is less remarkable, but it still includes 16 filaments and lyrates.

Females have lengthy tails as well, but without the filamental feathers. Both species’ females are somewhat smaller than their males. These lonely and secretive birds are only observed in groups during the breeding season or when a hen is caring for a young one.

They’re similar to domesticated chickens in that they like to dwell on the ground and scratch to find seeds and prey hidden beneath the leaf litter. Males sing and execute their intriguing imitations all year, but during the mating season in the winter, they really put on a show. 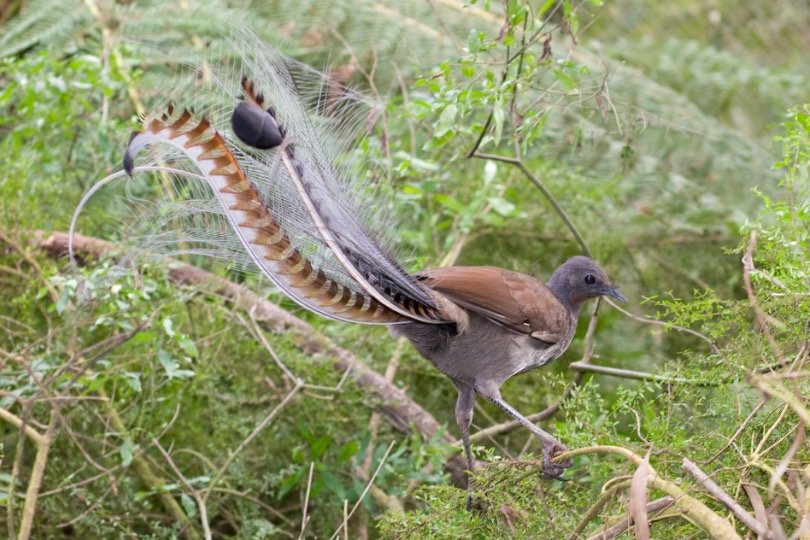 This Australian bird predominantly eats invertebrates like spiders, centipedes, worms, insects, and insect larvae. It will also consume tiny frogs and lizards, as well as seeds from time to time.

Predators include birds of prey such as goshawks, wild dogs, cats, and foxes. Despite being protected in certain locations, humans continue to kill lyrebirds for their tail feathers and the ability to disrupt planted areas with their scratching.

Wildfires, which are becoming more frequent and powerful as a result of climate change, also pose a threat to the bird’s habitat. Encroachment by humans is also a concern.

To impress women, males of the Menura genus put on magnificent displays. They’ll clear some ground in the forest and then construct a mound of earth on which to perform. The male then unfolds his tail feathers and tosses them over his back while vibrating them.

At the same time, he sings melodies that have been passed down through the years, embellished with imitations of noises he has heard, even if those sounds include chainsaws, automobile engines turning over, barking dingos, and screaming koala bears.

Not only that, but the bird’s dance alters based on the song, which was previously considered to be something only humans could perform. The female makes a big, untidy, domed nest after mating and deposits a solitary egg.

She prefers to build close to the ground, but if predators or humans are around, she will make the nest in a tree. She’ll be the one to incubate the egg and rear the chick. Chicks are defenceless and naked when they are born.

The lyrebird has a 30-year lifetime and does not breed until it is at least five years old. The male’s beautiful tail feathers don’t appear until he’s at least three years old. However, as the bird grows older, his song and musical repertoire become more complicated and precise.