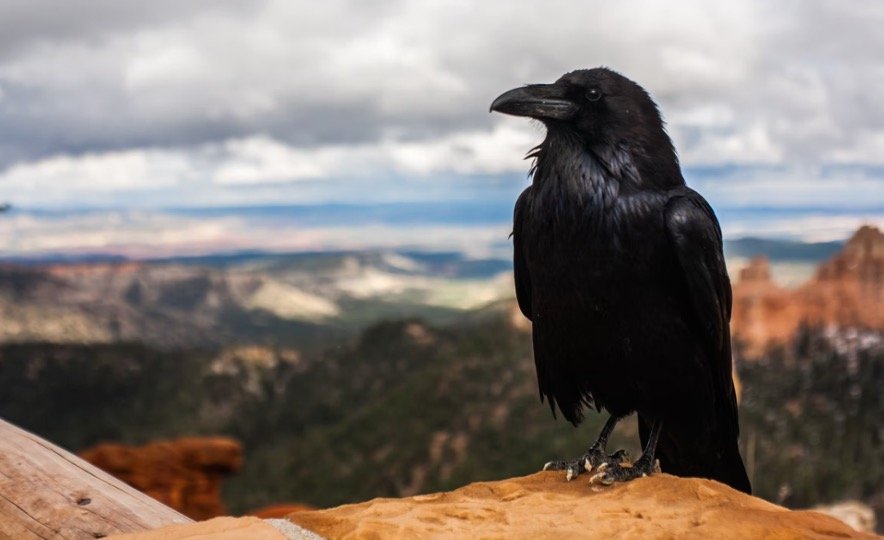 A Hawaiian crow (Corvus Hawaiiensis) is an omnivorous creature belonging to the Animalia family, phylum Chordata, class Aves, order Passeriformes, and family Corvidae. Its genus is Corvus. Its length is up to 18 to 20 inches, it weighs up to 1 to 1.2 pounds, and it has a wingspan of up to 36 to 42 inches, with a lifetime of up to 18 years.

A Hawaiian crow is a bird that feeds on small invertebrates, fruits, and flowers. A dark sheen is the most distinguishing characteristic. Hawaiian crows are preyed upon by Hawaiian hawks and a few other species. Physical features include feathers on the skin.

The Hawaiian crow’s boisterous screams formerly permeated the jungles of Hawaii. The endangered species is now extinct in the wild. The Hawaiian crow, also known as the Alala, is resourceful and intelligent, sociable and gregarious, and well-adapted to the hot conditions of the lush Pacific island for which it is named.

The species used to flourish in its woodland home since there were few natural hazards and plenty of food. However, outside challenges drove the species to the brink of extinction in the 19th and 20th centuries. Conservationists are now seeking to resurrect the crow. 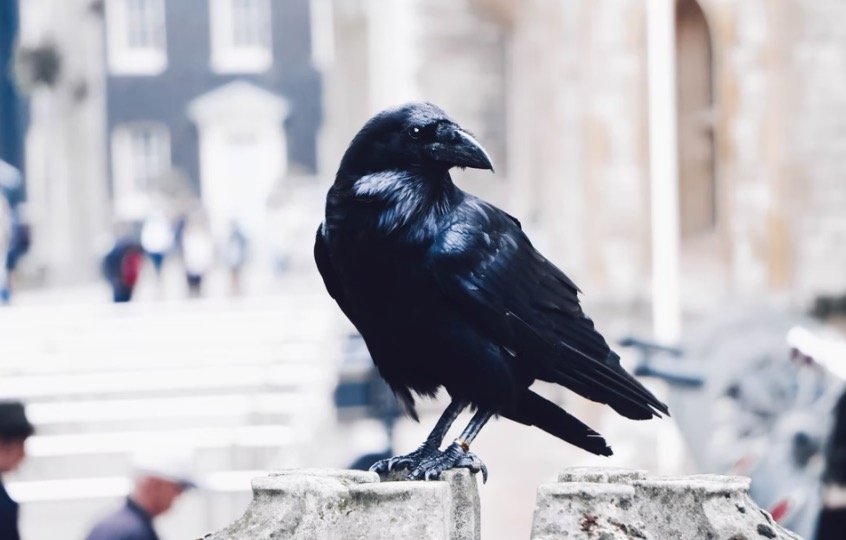 The Hawaiian crow was previously confined to the semi-dry forest on the south and west slopes of the Mauna Loa and Hualalai mountains on Hawaii’s biggest island. It is now completely extinct.

To evade predators, they favoured the deep understory of the ohi’a and koa trees, which they found at mid-elevation at 3,000 to 6,000 feet. Fossils also suggest that the species once lived on the Hawaiian island of Maui.

The Hawaiian crow, which was once common across the island chain, is now extinct in the wild. It’s impossible to say how many crows existed before the arrival of the first Polynesians. Nonetheless, the bird’s population began to plummet in the late 1800s.

By the 1990s, the Hawaiian crow’s overall population had shrunk to barely 20 or 30 individuals, severely limiting genetic variety. Despite repeated attempts to restore the species, a succession of errors and failures, including hawk predation, resulted in setbacks in attempts to return captive birds to the wild.

The difficulty of obtaining wild crows from private grounds, where the birds had found shelter, also hampered conservationists. The Audubon Society vowed to sue the US government for failing to safeguard the last few people. Subsequently, a more effective conservation plan was adopted.

Conservationists had raised the captive crow population to more than 100 birds after meticulous supervision. The first wave of Hawaiian crows was released into the wild in 2016, but three of the five birds perished soon afterward, two from hawk attacks and one from environmental stress.

In 2017 and 2018, scientists released 11 and 10 birds, respectively, after changing their technique. They attempted to restore a portion of the birds’ original habitat as well as manage non-native predators and other problematic species to improve their chances of success.

Conservationists had raised the captive crow population to more than 100 birds after meticulous supervision. The first wave of Hawaiian crows was released into the wild in 2016, but three of the five birds perished soon afterward, two from hawk attacks and one from environmental stress.

In 2017 and 2018, scientists released 11 and 10 birds, respectively, after changing their technique. They attempted to restore a portion of the birds’ original habitat as well as manage non-native predators and other problematic species to improve their chances of success. 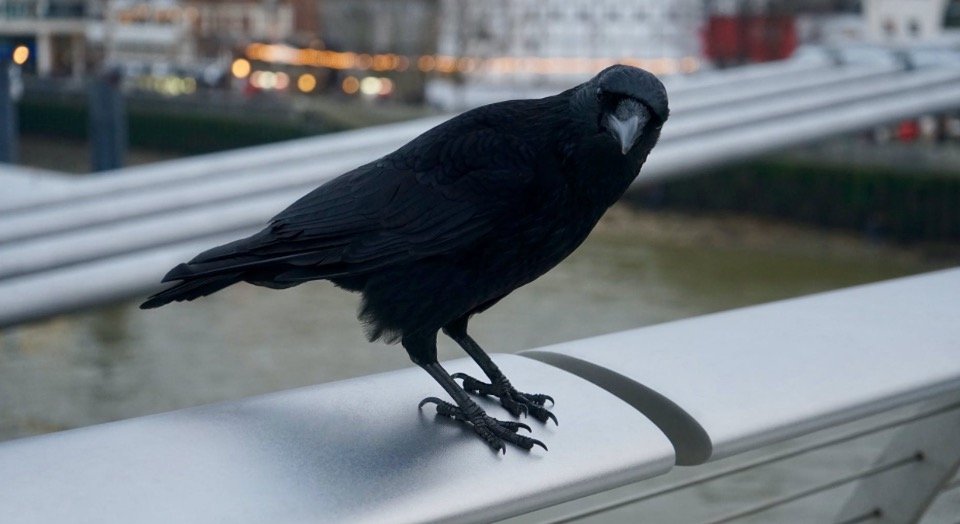 • The crow was once believed to be an aumakua, or family guardian spirit, by the ancient Hawaiians.

• The crow is classified as a songbird, despite the roughness of its cry. Crows, ravens, and rooks all belong to the same genus.

• In Hawaiian, the word “alala” refers to chants, shouts, and messages.

• Crows are said to be among the brightest creatures on the planet.

The scientific name for the Hawaiian crow is Corvus hawaiiensis, which comes from the Latin words meaning “raven.” It is a member of the Corvidae family, which includes a variety of perching songbirds seen in nature. Crows, jays, jackdaws, magpies, ravens, rooks, and treepies are all members of the family. 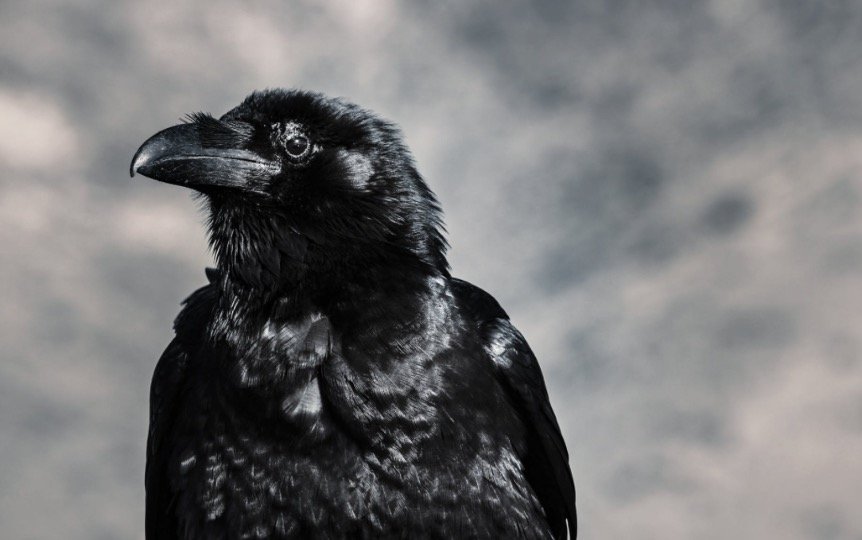 Many other Corvus species have similarities to the Hawaiian crow. It has a big beak, bristly neck feathers, black feet, and a dark brown to black sheen, with the wings being lighter in colour than the rest of the body.

The average male crow is around 20 inches long and weighs just over a pound, making it almost the same size as a book. Females are somewhat smaller and lighter than males, although there is no sexual dimorphism in the species.

The Hawaiian crow is a sociable bird that appears to congregate in small groups. The crow, often regarded as a foreboding sign of impending disaster or simply discarded as a nuisance and pest, is now understood to have a particularly rich and clever intelligence.

The crow’s amazing mental acuity, which is a result of its huge brain compared to its body size and tightly packed cluster of neurons, allows it to accomplish a wide range of complicated activities, including puzzle solving and object handling.

The New Caledonian crow, which lives on a band of tiny Pacific islands east of Australia, is a popular model for crow intelligence. It has several of the characteristics that allow it to manipulate objects, such as a straight bill and huge movable eyes. In this way, the Hawaiian crow is comparable.

According to 2016 research, the Hawaiian crow can pull food from holes with a stick when tested in captivity. This feat may be performed by young birds without any instruction or assistance from adults, implying that it is fully inherent.

This habit would place it within a select group of other tool-using animals. The crow’s exceptional memory is another indicator of its intelligence. Crows are thought to have developed the ability to recall people for months or even years at a time.

This aids them in distinguishing between friend and foe. Because the Hawaiian and New Caledonian crows are not closely related, it’s been proposed that tool usage is an example of convergent evolution, which means the trait developed separately in both species.

However, tool usage is so unusual in the animal kingdom that it’s unclear why this habit was chosen at all or why it hasn’t developed in other birds in similar situations.

Given the intelligence of the crow, it’s no wonder that the species has a wide vocal range. Their cacophonous symphony of noises, which includes screeches, screams, and burbling, alerts adjacent birds to the existence of predators or good ties.

Some experts believe that the vocal repertoire of crows is an example of transmissible culture that may be passed down and modified by future generations. According to 2017 research published in the journal Animal Behavior, the Hawaiian crow’s vocal patterns have changed while in captivity.

The birds looked to be making fewer alarm and territorial cries, although they were not losing any of their vocal range. Aside from culture, another option is that the birds are simply responding to a lack of predators and that similar cries may soon reappear in the wild. 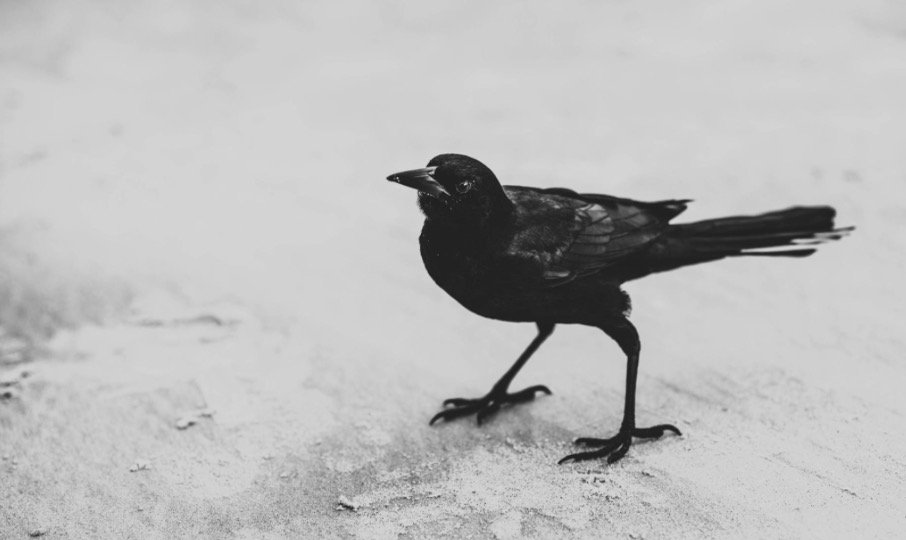 The omnivorous Hawaiian crow is an opportunistic and eclectic feeder who will consume practically everything that comes into contact with it. Small invertebrates such as snails, arachnids, and isopods, foraged from trunks, foliage, and branches, make up the majority of its food.

The bird also eats a range of fruits from plants like pilo, kolea, mamaki, and others. The crow played an essential role in seed dissemination around its native habitat when it was still alive in the wild.

The seeds would transit through the digestive tract of the bird and settle in various areas. Forest diversification would be encouraged and made easier as a result of this. Flowers, honey, and carrion are among the less common foods consumed by crows.

Crows’ eggs and nestlings have been documented as being eaten by crows. According to the evidence, the crow would roam across the woodlands periodically depending on the availability of particular meals. The species, on the other hand, is not migratory. 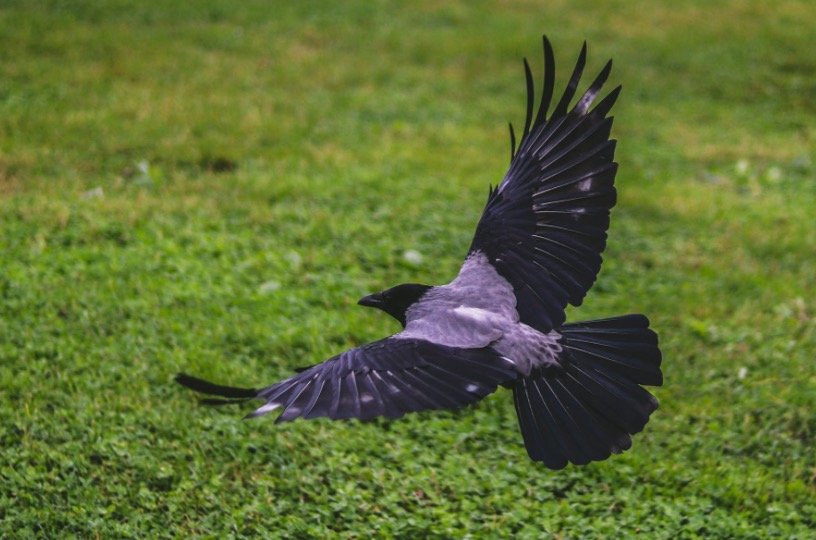 The Hawaiian hawk is the crow’s oldest natural enemy. Before the arrival of terrestrial animals to the island, this endangered species preyed nearly solely on crows and other smaller birds.

The thick understory used to provide a natural haven for the crow from the sharp-eyed hawk. The lack of foliage, on the other hand, has made it simpler to identify crows in the wild.

New species such as the Asian mongoose, black rats, and feral cats were brought to Hawaii by immigrants, putting further strain on the indigenous crow populations. Predation is especially dangerous for young fledglings that have yet to learn to fly.

Climate change, illness, habitat loss, and over-predation might all make efforts to reintroduce the animal to the wild more difficult.

The Hawaiian crow is a monogamous bird that forms strong, long-term connections with only one partner. Each year, around March, the mating season begins, with both males and females helping to build nests.

A normal clutch contains two to five eggs, but the female is responsible for incubating them entirely by herself. The eggs can take up to 22 days to hatch, and then another 40 days to fledge. This is the amount of time it takes for the bird to mature to the point where it can fly.

Young birds, on the other hand, rely on their parents for at least eight months and may stay with the family until the next breeding system to help with foraging and defence. Only one or two of the initial clutch of eggs will most likely survive.