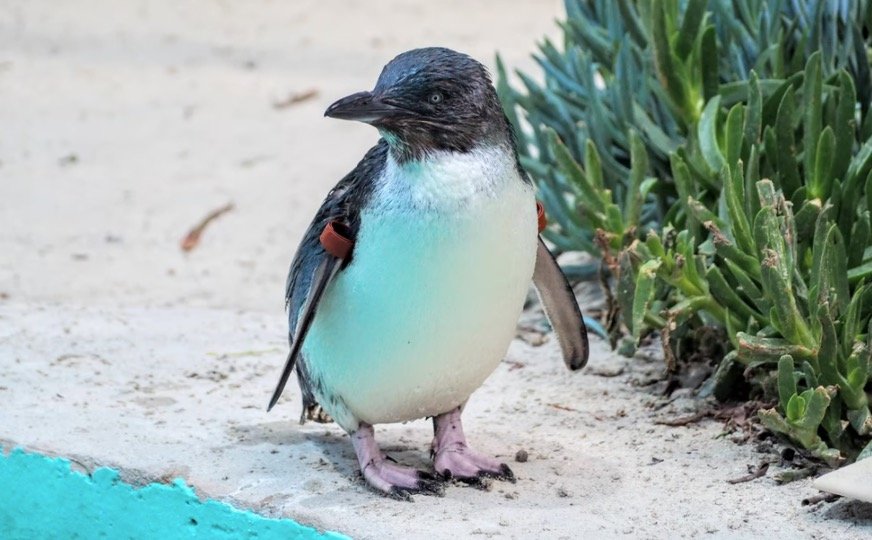 A little penguin (Eudyptula Minor) is a carnivorous creature belonging to the Animalia family, phylum Chordata, class Aves, order Sphenisciformes, and family Spheniscidae. Its genus is Eudyptula. Its height is up to 14 to 20 inches and it weighs up to 2.2 to 6.6 pounds, with a lifetime of up to 10 to 20 years.

A little penguin is a bird that feeds on krill, fish, and shrimp. The most distinctive characteristics are its small body size and blue or grey feathers. Little penguins are preyed upon by leopard seals, sharks, and killer whales.

Physical features include grey, blue, black, and white skin colorations, and feathers on the skin.

Little penguins are little Spheniscidae penguins that are endemic to Australia and New Zealand. They have vivid blue feathers and are frequently referred to as “fairy penguins” in the penguin world.

Little penguins spend 80% of their time foraging and frolicking in ocean waters, and they can lay many clutches of eggs every breeding season. Despite the fact that these species aren’t classified as endangered by the IUCN Red List, their numbers are declining, and biologists are raising concerns.

Conservation efforts are ongoing, and activists for the flightless birds have successfully fought for regulations to safeguard the small penguins. 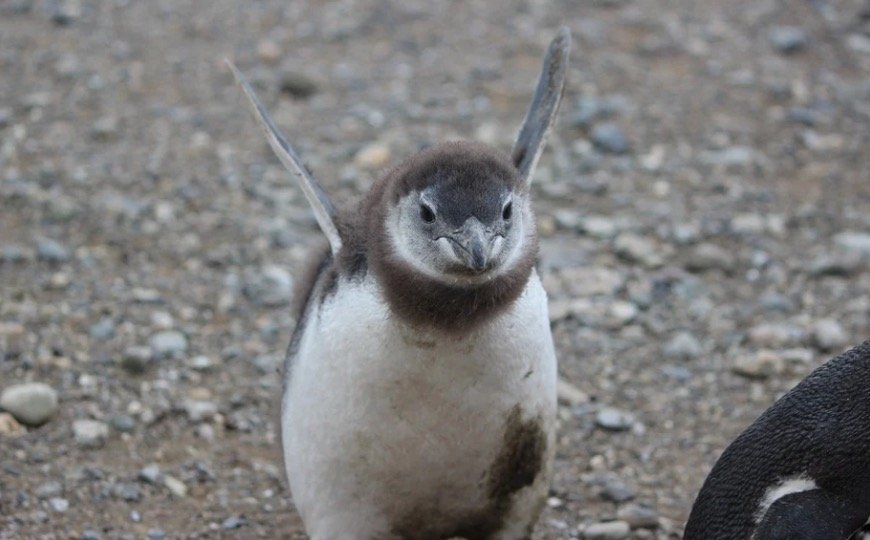 Little penguins are found predominantly in coastal New Zealand and along southern Australia’s island-studded coastline. Although sightings of the species have been reported in Chile and South Africa, scientists remain split on the subject.

Some believe the witnesses misidentified another species, while others believe they are human-introduced vagrant populations. The discussion is still going on. Fairy penguins dwell in coastal burrows when they are not in the ocean.

They live in sandy and rocky locations, and they create their houses out of caves, rock crevices, logs, and even man-made buildings. Conservation groups oversee several breeding colonies that serve as tourist attractions.

However, if you go, make sure you leave your camera at home! Visitors are not allowed to photograph or film the tiny penguins since it stuns and even blinds them. The global population of these creatures is estimated to be between 350,000 and 600,000. Some estimates put the figure at around one million.

As a result, the International Union for Conservation of Nature classifies them as a least concern animal. However, that isn’t the complete tale. Since the 1960s, New Zealand’s colonies have been slowly diminishing.

According to conservationists, the downtown area would be reduced by 70%. Human encroachment is also wreaking havoc on communities in southern Australia and mainland Tasmania.

Fortunately, despite the lack of an IUCN warning, Australia and New Zealand have passed legislation to address possible issues before it’s too late. In New Zealand, white-flippered penguins, which some scientists regard as a subspecies of the tiny penguin, are considered endangered.

The Bronx Zoo, Louisville Zoo, Cincinnati Zoo & Botanical Garden, and Dallas World Aquarium are among the zoos that care for these creatures in the United States.

• In 1871, Johann Reinhold Forster was the first to describe these creatures.

• The University of Tasmania invests a lot of time and money in tiny penguin research.

• Fairy penguins’ skins and feathers were prized by hunters in the 1800s and early 1900s.

• Shipwrecked sailors in the Antipodes used to eat these creatures to live. • These creatures’ eggs were originally regarded as a delicacy, particularly by Aboriginal Australians.

• The Linux penguin mascot was inspired by a little penguin that pecked Linux’s founder while on holiday in Australia.

• According to scientists, some fairy penguin species may share breeding colonies with seabirds such as prions and short-tailed shearwaters.

Eudyptula minor is the etymology for these creatures. The name Eudyptula comes from the Greek word eudyptula, which means “good little diver.” The term “minor” alludes to the animal’s small height.

Some experts believe that white-flippered penguins are a subspecies of these creatures, while others believe they are a distinct species entirely. A third group thinks they are color-morphed small penguins. 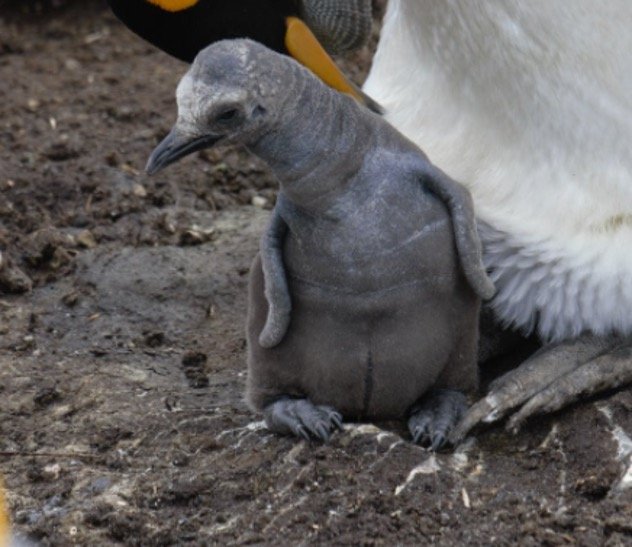 As you can expect, these creatures are small in comparison to other Spheniscidae species. Exact sizes vary by subspecies and population, but they stand approximately 13 inches tall and weigh around 3.3 pounds, which is roughly the same as a two-slice toaster.

On the surface, how can you tell the difference between females and males? Take note of the size of the beaks: females have smaller ones. These creatures are flightless birds, as are all members of the family, and their “wings” serve as flippers.

These creatures, like humans, are diurnal, which means they are most active during the day. They get up with the sun and set out for a day of swimming and scavenging for food.

They come home in the evening to feed the chicks and sleep. Little penguins groom each other in a cooperative manner. They specifically eliminate parasites from each other’s difficult-to-reach areas.

These animals play an important role in their ecosystems as both hosts and predators of these little creatures. When it comes to grooming, they spend a lot of time using oils generated by a gland above their tails to preen their feathers.

The procedure aids in the waterproofing of their feathers. Additionally, colonies land themselves once a year for a 17-day moulting period. Their old feathers fall off at this time, and new ones sprout. Their waterproofing nature requires them to shed every year.

Over their eyes, little penguins have glands that filter salt from the water. They labour in groups when they arrive onshore. They migrate from the water to the land in lines, like an army, and communicate with squeals and trills as a defence technique.

These creatures are exceptional divers and swimmers who spend 80% of their time doing both, as their scientific name says. They swim at a pace of two to four kilometres per hour on average, but researchers have recorded individuals swimming at 6.4 kilometres per hour.

They can dive to the seabed and it takes an average of 21 seconds to do it. The longest little penguin dive ever recorded was 90 seconds. These animals are not only excellent divers and swimmers, but they are also excellent travellers who can migrate to far-flung locations.

Researchers followed one from Gabo Island to Victoria Harbor in 1984, covering a distance of 4,739 miles (7,628 kilometers).

These animals are not threatened as a species. Individual populations, on the other hand, confront formidable challenges. Experts are raising early warnings and pushing communities to support conservation initiatives as a result of climate change, human population expansion, and pollution.

The three “intruders” have destroyed regional penguin populations since being introduced by humans. However, there is some good news! It’s all down to Swampy Marsh, a chicken farmer who recommended deploying sheepdogs to guard penguin colonies.

People first dismissed his suggestion. However, when just six penguins remained near his home, the authorities caved in and used Mr. Marsh’s puppies to drive the foxes away. It was successful!

Today, the sheepdog approach is employed to protect indigenous animals against non-native predators. Humans pose a significant threat to these species. To begin with, the human population is rapidly increasing. In 1800, the world’s population was estimated to be over one billion people. 7.8 billion people walked the Earth in 2020.

Sadly, our expansion is destroying hundreds of ecosystems. People, after all, take up space! New house projects in Australia are encroaching on wildlife, and the buzzing of skidoos and powerboats is displacing penguin species from their ancient habitats. For the small penguins, vehicle hits, bycatch, plastic pollution, and land-management fires are all major issues.

The mating season is mostly determined by the location and temperature of the ocean. Males often begin constructing and rebuilding burrows between May and September in preparation for the mating season.

Their objective is to build the nicest nest possible in order to attract the best ladies. Unless there are exceptional conditions, mates remain monogamous throughout the reproductive season. Pairs usually isolate themselves or develop tiny colony offshoots from the larger group in order to mate.

One to four eggs are laid one to four days apart in a typical clutch. They start off weighing around 0.12 pounds (55 grammes) — roughly the same as four jellybeans — and grow bigger over the course of 36 days of incubation. Female fairy penguins can lay multiple clutches every season, although only a handful do.

Year after year, these creatures return to the same mating grounds with just minor variations. Both parents assist in the incubation and rearing of the chicks. Once the nestlings are hatched, mom and dad work hard to keep them warm and comfy for the next 18 to 38 days.

When a baby reaches the age of seven or eight weeks, his or her feathers begin to grow in and fledge out on their own. Males attain sexual maturity at the age of three, while girls develop at the age of two. In the wild, these creatures have an average lifespan of around 6.5 years. Individuals kept in captivity can live to be 20 years old.